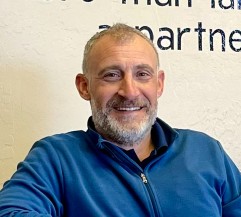 Matt has years of experience in the landscaping industry, along with the knowledge of the pressure of running his own firm. He started in the industry at age 16 and has always loved the outdoors and creating something that is not typically seen before. During his junior year in high school, Matt demonstrated his work ethic by spending the morning in school and the afternoon working for a landscaping firm. After he was accepted to Ohio State University, he worked for another landscaping company for two years. With six years of experience already under his belt, Matt decided to start his own design/build firm at 22 years old.

A goal Matt has set for the DBL team is to become a market leader in the industry. He never wants a lack of communication to be a reason for losing a client. His goal for the supervisors is to get as much out of the team as you can while still recognizing the limits and rewarding the hard work that is being done.

Away from work, Matt loves to explore different cultures and travel with his wife. He enjoys visiting other countries to learn more about their way of life and learning other customs and traditions that are implanted into the daily routines of people around the world.